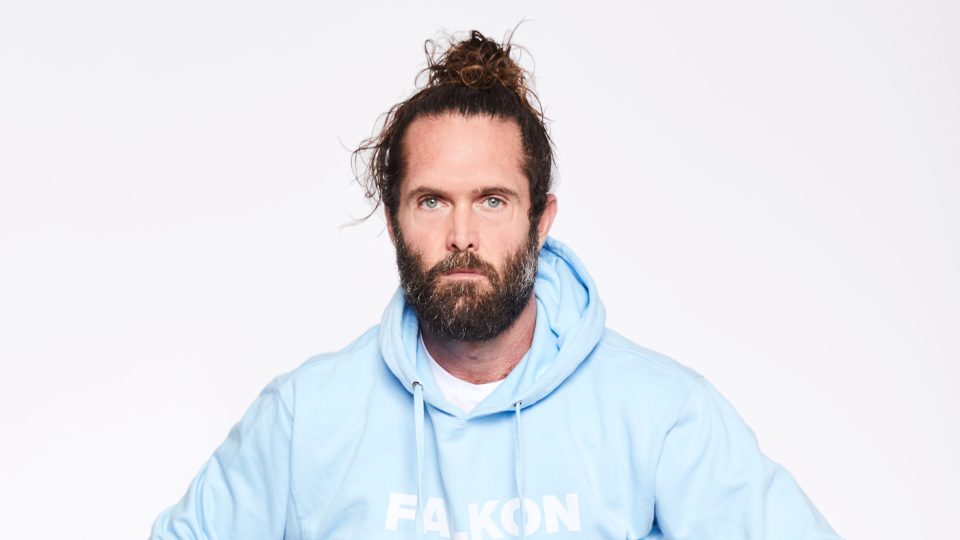 Fresh off the release of his feature film directorial debut Unbanned: The Legend of AJ1 (now on Hulu), and a dynamic history of disruptive ad campaigns, Dexton Deboree is unveiling Falkon, a new creative boutique born at the intersection of Advertising and Entertainment.

As Carmelo Anthony puts it: “What makes Dex unique is the fact that he really treats you like a partner. He doesn’t just say it, he backs it up with action. It is refreshing to have people like him in the marketplace who really treat content with the respect the subject matter deserves. Looking forward to what Falkon will create next.”

Falkon takes flight in an era when movies may be a brand marketing play, a TV ad might feel like a movie, and a marketing campaign can roll out like an episodic series. This contemporary branded content era emerged when BMW Films debuted in 2002 and has evolved in recent efforts such as Old Spice’s Cold as Balls starring Kevin Hart and Pepsi’s Uncle Drew feature film.

Desmond Marzette, Global Director of Advertising at Nike and Jordan Brand, adds: “Dex is a creative visionary in the brand content and entertainment space. I consider him a pioneer in blending strategy with creative to develop content. It’s an unusual and much-appreciated skill set as brands continue to evolve their content game.”

Falkon – the name conveys the soaring possibilities of the new world of filmmaking for brands and entertainment, with a nod to its deep connection with Jordan and Nike (Falcon was Phil Knight’s original name for Nike) – will continue Deboree’s long-standing partnerships with Nike and Jordan, while further expanding with a slate of TV, feature film, and new media properties in partnership with athletes, sports leagues, film studios and media partners and other select brands. Deboree will focus equally on new entertainment properties and advertising while honing much further in on projects and partners that align with Falkon’s core ethos anchored in Sports, Culture, and Social Impact and stay tightly focused on shoring the gap between the audience and the content Falkon creates and delivers for them.

Asani Swann, VP of Business Strategy and Producing Partner at Creative 7, Carmelo Anthony’s entertainment company, adds: “Dex is a rare spirit in this ever-evolving world of sports and entertainment. His ability to uniquely connect with a project, talent, or story to transform it into a compelling and captivating piece of art is what we all strive to do. Working with Dex is truly a pleasure.”

With Falkon, Deboree is rewriting the rules for how films are developed, financed, produced, distributed and marketed; for the wide TVOD (Transactional Video on Demand) release of Unbanned, Deboree upset the traditional mechanics of film distribution by marketing the film through a sneaker raffle called Unbanned Unboxed that offered fans a chance to win one of 23 prizes, including one of the most valuable sneakers of all time, a 1985 Air Jordan 1 (incidentally the “star” of the film).

This rings uniquely authentic with the film’s audience of sneaker fans, basketball fans, and hip hop fans by taking a familiar behavior of this audience and marrying it to both the nature of the content itself and to the actual marketing and distribution method for the film. To top it off, a portion of every ticket is going to local charities focused on empowering youth through education and mentorship in partnership with Wings, Jordan Brand’s Community Impact arm, bringing full circle both Deboree’s relationship to Jordan and giving back to the very community the film was made for.

Deboree explains: “Falkon’s DNA is anchored in radically creative individuals that tell stories regardless of genre, medium, format and distribution platform, and understand the entire food-chain of a creative idea. We’ve established a unique process from insight to audience that is having a profound impact on the type of stories we tell and how we tell them in both advertising and entertainment. Unbanned, and the ways we’ve worked to deliver it to the audience, is a prime example but it’s just the beginning. We had many opportunities and temptations to go the traditional route, but that never never felt right for the audience and I’m wholly committed to finding ever more authentic and powerful ways to create, bring to life and share visual stories. To me, there is a whole universe of opportunities to create, market and distribute content – whether it’s advertising, entertainment or non-traditional storytelling – in a way that is fresh, inventive and truly built for the audience it is made for in the first place. That is one of Falkon’s primary missions.”

Upcoming creative efforts for Falkon include a narrative TV series with NHL star PK Subban, set in the world of high school hockey with special collaborations built around it, and a docu-series he’s developing with Anthony and Swann set in the world of sports and social impact. Deboree is also working on a docu-series created with NFL Hall of Famer Michael Strahan and Constance Schwart Morini via their SMAC Entertainment label in partnership with Oscar-winning Believe Entertainment.

Dex spoke this year at SXSW on Storytelling in Sports: How to Make Good Sh*t , is presenting at Leader’s Sports Summit in NYC on May 21st, and he will present at Cannes 2019 alongside Emmy-winning Writer/Producer Kenya Barris of Black-ish and Grown-ish, in a discussion about the blurred lines between advertising and entertainment that Falkon was born to solve.

Dex concludes: “When you create a story worth telling, you have to create it with your audience in mind – so why wouldn’t you apply that same thinking to distribution and marketing? Why would this process be entirely handed off or siloed from the creation process? I think as content creators in this new landscape you’ve got to ask – not only who is my audience, but how do they want to hear about the story, where do they want to watch it, what kind of experiences would they want to have with the story before, during and after the core telling – in a way that is completely real and emotionally gratifying to them? It won’t always be a sneaker raffle, but there will always be true, authentic ways to connect content to consumers that goes way beyond the typical watered down and homogenized strategies that reach the widest audience, that used to work in both advertising and entertainment, but simply don’t or soon won’t anymore.” 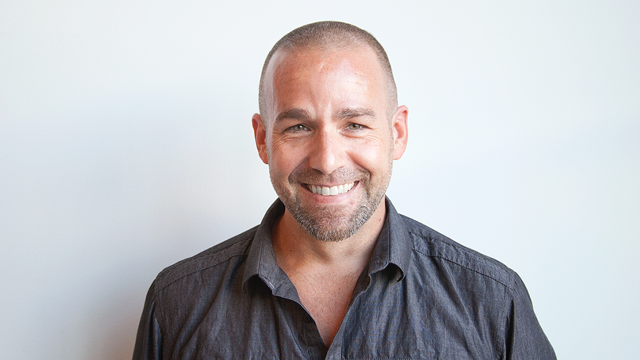 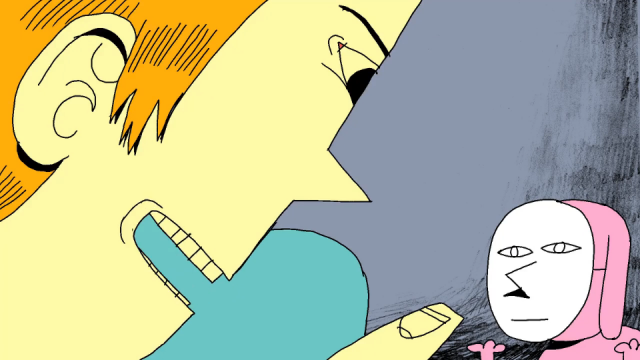 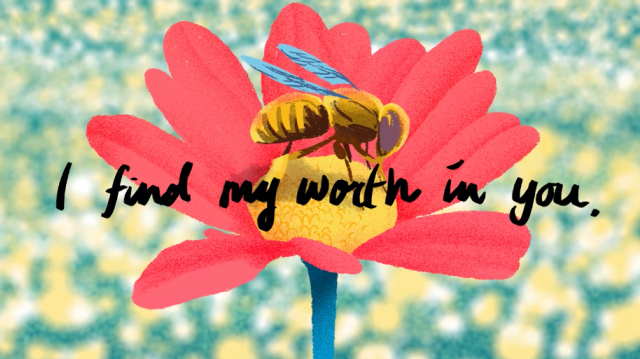 Andrew Norton: "A Series of Untranslatable Words About Love" 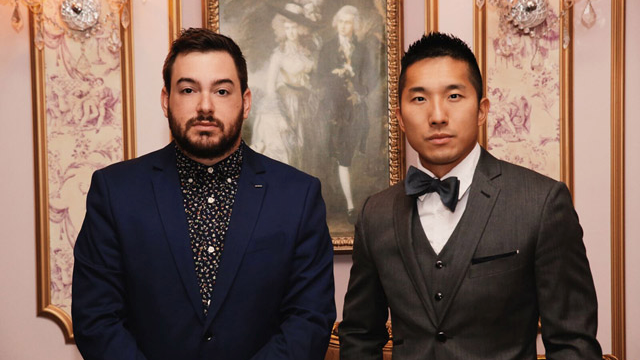 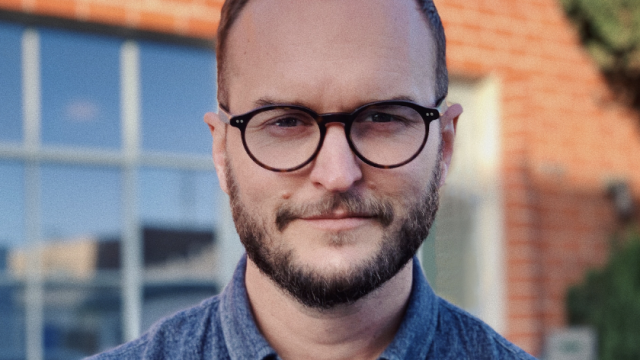